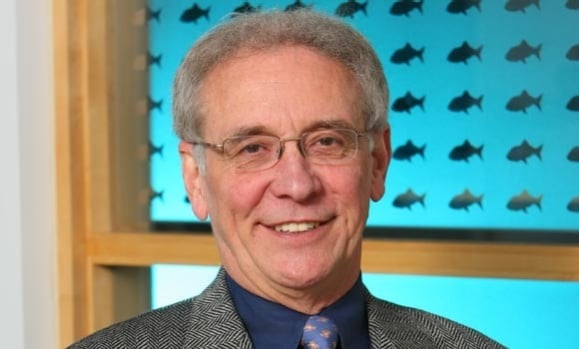 As a faculty member in the Biology Department of Dalhousie University (1973 to 2015), Dr. Ron O’Dor had a distinguished career as an expert in the ecology, behavior and physiology of cephalopods (squid, octopi and cuttlefish). During his professional life, he authored or coauthored more than 90 peer-reviewed scientific articles, primarily in the marine biological literature. Known as a technological innovator, he originated the development of radio acoustic positioning and telemetry (RAPT) of aquatic species. In 2001, he was appointed Chief Scientist of the Washington-based Census of Marine Life, where he led a ten-year international project to document the biodiversity of the world’s oceans. In addition, in 2006 he spearheaded the establishment of the Halifax-based Ocean Tracking Network (OTN), a global and collaborative research initiative to track the movement of marine species via acoustic tags and sensors. Dr. O’Dor also served as Director of the Dalhousie Aquatron Laboratory (1986-1993) and as Chair of the Dalhousie University Biology Department (1997-2000). Upon retirement Dr. O’Dor was made an Emeritus Professor of the university. An enthusiastic mentor to future marine biologists, Dr. O’Dor also supervised 40 graduate students and many undergraduate honours students. He was awarded an honourary degree from Lakehead University (2011), named the Discovery Centre’s Professional of Distinction (2012) and was named Canadian Geographic’s Environmental Scientist of the Year (2009).